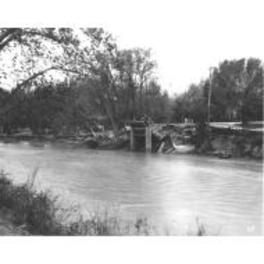 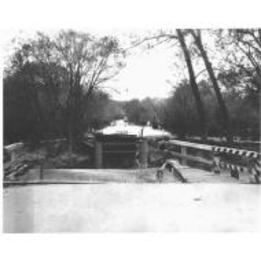 Monument and Fountain Creeks are part of the heritage of Colorado Springs. In 1806, Zebulon Pike followed their waters up from Pueblo. In 1869, General William Jackson Palmer, searching for routes for the Kansas Pacific railroad, stopped near Monument Creek, which he thought would be a perfect spot for a town. Palmer’s vision for an ideal community included parks for its people to whom he deeded more than two thousand acres of parkland between 1871 and 1907. The largest and most treasured of Palmer’s planned parks was Monument Valley Park.

The 1935 flood destroyed the rustic bridges, a lake and some gardens that were never replaced. However the WPA worked to repair the water damage, build stone retaining walls in the creek and construct new park features of stone including stairs, benches, walls, and a grandstand for one of the baseball fields. Bronze plaques set into rustic stone markers located throughout the Park commemorate WPA contributions to the Park. In addition to the rockwork walls, WPA crews constructed bridges, rocks, steps, and benches that provided access and comfort and are themselves picturesque details. All elements added to the park used native stone and timber.

Monument Valley Park was placed on the Register of Historic Places in its centennial year of 2007.

Information Sources:  This narrative is taken from a 2002 report by Barbara Norgren and Diana Litvak that was commissioned by the Colorado Department of Transportation for an Environmental Assessment.  Most of the material on this page is taken--with gratitude--from a brochure prepared and published by the City of Colorado Springs Department of Parks, Recreation & Cultural Services. 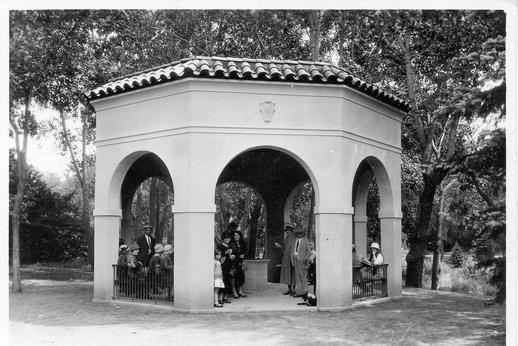 General Palmer recognized the potential to provide a central park for residents who flocked to Colorado Springs for its mild, healthy climate and dry air. Palmer utilized a twenty-acre section of land referred to as Willow Park, a grassy area used by North End residents to graze their cows. Palmer enlisted the aid of planner Robert Cameron and engineer Edmond Van Diest who would design and oversee the construction of the Park. Monument Valley Park was envisioned by Palmer as a series of “pleasure grounds” that blended cultivated and natural settings. The design of natural parks was popularized in the nineteenth century by the writings of Andrew Jackson Downing, Frederick Law Olmsted, Sir Calvert Vaux and others.​ 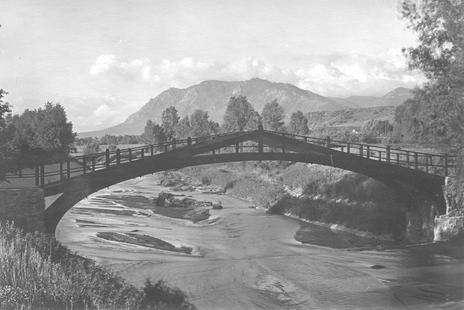 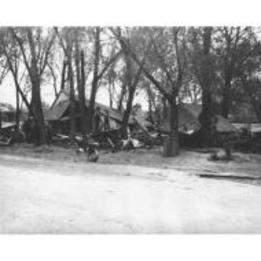 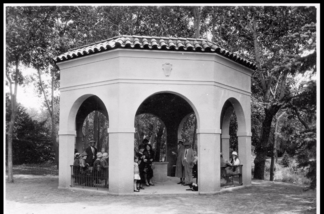 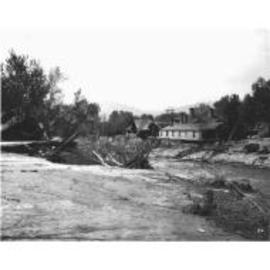 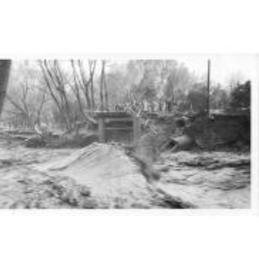 These early landscape architects introduced principles of naturalistic or “wild” gardening that were carried into the twentieth century in the designs for park and parkway systems and cemeteries in U. S. metropolitan areas. Landscape designs followed a tradition of English gardens, which Palmer found attractive. Many of Colorado Springs’ earliest pioneers came from England, an influence strongly felt in the community; thus the earliest nickname of the town was “Little London.” Following Palmer’s desires, Van Diest laid out the Park in the “tradition of an English natural landscape.”

Monument Valley Park was designed so that visitors could move through a series of landscape spaces north and south. Varied topography was characterized by:

In 1872, water from the El Paso Canal traveled over eleven miles before ending up in Colorado Springs’ ditches. Flumes and stanchions directed the water across the creek. Residents in some areas could divert water from the ditches to water their lawns and trees. When construction began on Monument Valley Park, water was diverted from the canal into a reservoir at the north end of the Park (currently Boddington’s Soccer Field), and the reservoir became the Park’s main irrigation system. The El Paso Canal sustained the Park until 1956.

After Monument Valley Park was completed in 1907, General Palmer deeded all his park lands to the city for one dollar. At the same time, he made a donation of forty-five thousand dollars to the park fund for improvements between the years 1908 and 1917. In July of 1907, Palmer created the Park Commission. In all, Palmer contributed $140,000,000 in today’s dollars for the Park.

The Penrose Pavilion, built in 1911, was one of three buildings designed by Thomas MacLaren and Charles Thomas for the Park. In 1914, Spencer Penrose and other local businessmen built the city’s first public swimming facility in Monument Valley Park.